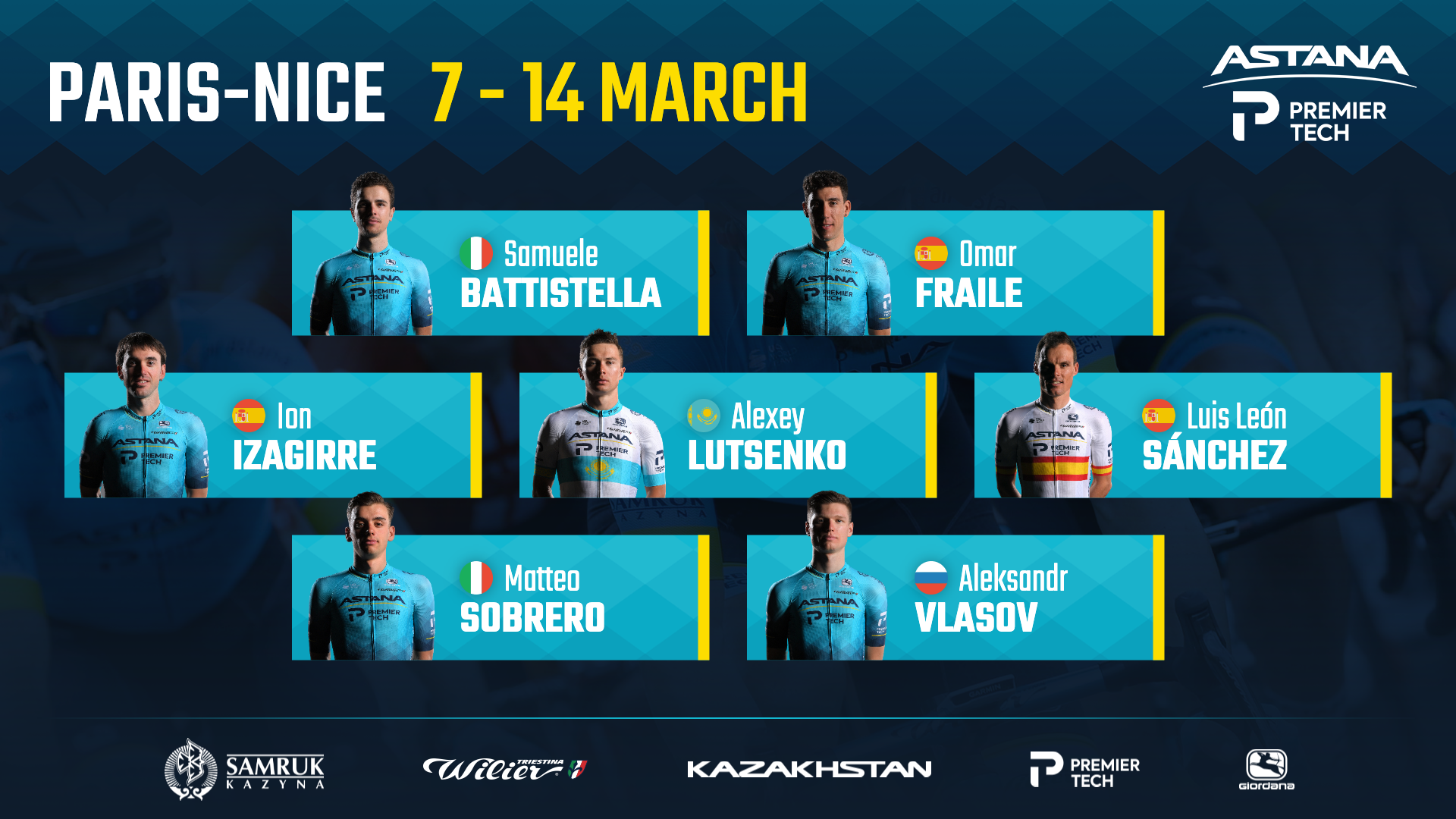 After missing the race last year due to the COVID-19 pandemic, Astana – Premier Tech is ready to return Paris-Nice, where Aleksandr Vlasov will make his debut at the French race.

Vlasov opened the 2021 season with solid results, taking tenth place in the General Classification of the Tour de la Provence and finishing sixth at the one-day race Faun-Ardèche Classic.

Now, the Russian rider is ready to open his UCI WorldTour season at Paris-Nice where he will keep an eye on the overall standings.

“In general, I am feeling good and it looks like I am on the right way at this point in the season. It will be my first participation at Paris-Nice and I would like to do it well in the General Classification. It will be a big test for me after of all the work done during the off-season and I’d like to show myself in the best possible way, reaching a high result. We are coming to France with a very strong team and it would be really nice to deliver a good General Classification result for the team”, – says Aleksandr Vlasov.

“For us, this is the first important stage race at the beginning of the season, a big start at a prestigious race with a long history, where we are coming with a very good and experienced team. The team has strong leaders, Aleksandr Vlasov and Alexey Lutsenko, alongside experienced guys, Luis Leon Sanchez and Ion Izagirre, who know how to win stages at this race. Of course, Omar Fraile can always prove himself both in breakaways and in an attack. There are also young guys, Samuele Battistella and Matteo Sobrero, who rode very well at UAE Tour. We are looking forward to giving our best in this race and to try to achieve a solid result”, – says Dmitriy Fofonov, Team Performance Manager.