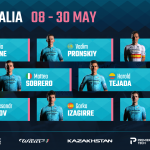 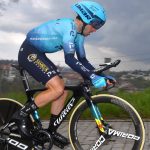 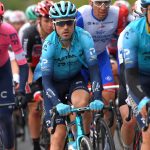 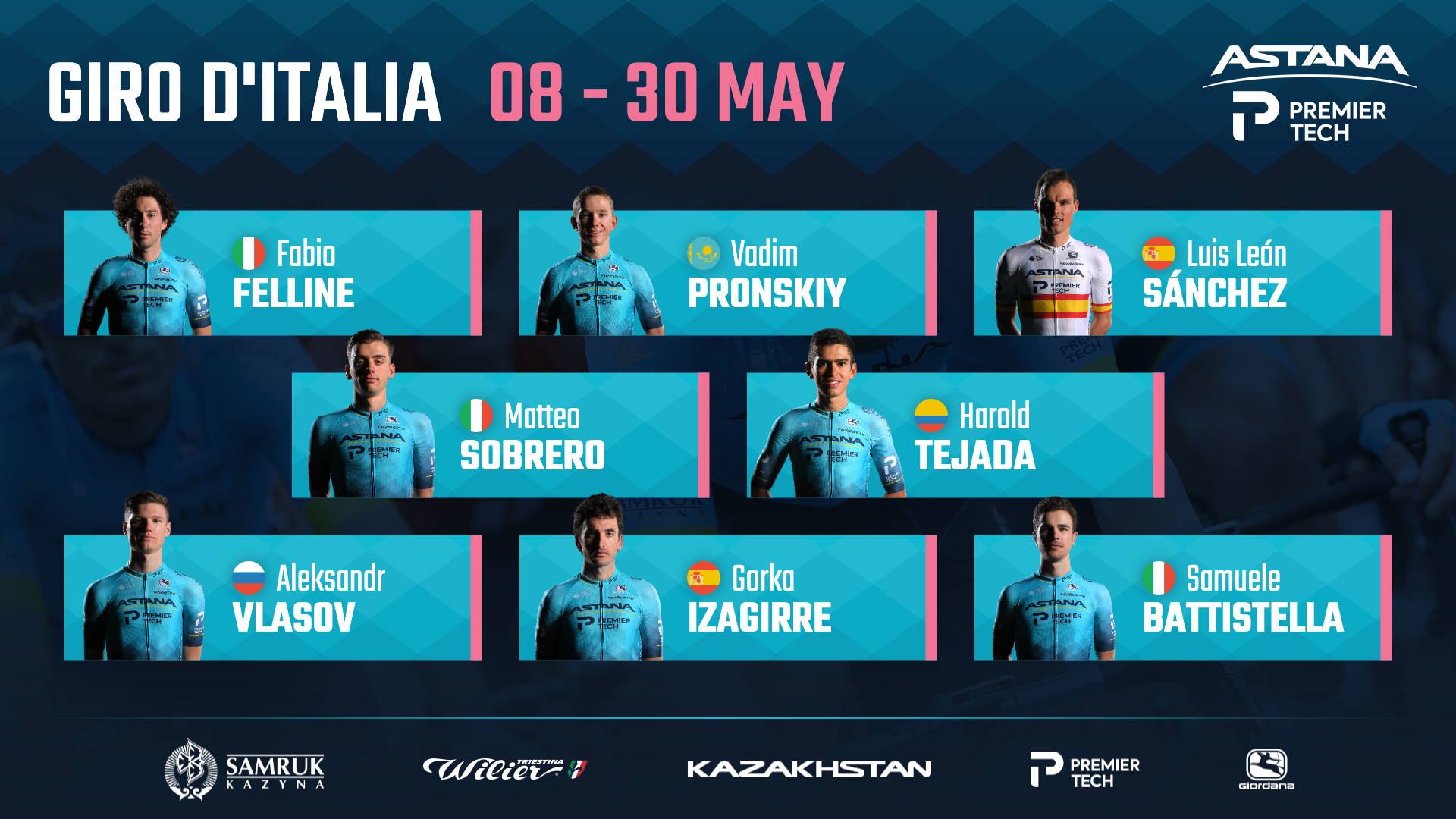 Astana – Premier Tech is ready to reveal its roster for the 104th edition of the first Grand Tour of the season, the Giro d’Italia, which is set to start in Turin on May 8th.

With the young and ambitious leader Aleksandr Vlasov (second at Paris-Nice and third at Tour of the Alps this year) and experienced riders, including Spanish champion Luis Leon Sanchez and Gorka Izagirre, the Kazakh-Canadian team is aiming to fight for both the General Classification and stage wins at this year’s edition of the Corsa Rosa.

“Aleksandr Vlasov is our leader in this race, and he is going to fight for a high place in the General Classification of the Giro d’Italia. The team is ready to provide him with the best possible support. We saw his form coming up on a very good level at the Tour of the Alps, so I am pretty sure he can be one of the favourites of this Giro. At the very least, he will try to do his best. But, at the same time we understand that we have very strong and experienced riders who can fight for a stage win. To start with, I am talking about Luis Leon Sanchez and Gorka Izagirre. These are the riders who know how to win stages at the Grand Tours, they both are in good form and really motivated to deliver a good result for the team. Of course, the General Classification is our main objective at this race, but we also know that we have riders who can win in almost all kinds of terrain: Fabio Felline and Samuele Battistella could win a sprint from a reduced peloton, and Matteo Sobrero already showed his potential in time trial races, so we are expecting a strong start from him in Torino. Well, we are heading to another very hard edition of the Giro d’Italia and many really strong teams and their leaders are coming here, but I am sure that Astana – Premier Tech is ready for this challenge and we are going to do our best to achieve a good result at this race”, – says Giuseppe Martinelli, Sports Director.

The Giro d’Italia starts in Torino with a short and fast individual time trial and ends in Milan with another time trial, which will reveal the name of the new winner of the Corsa Rosa. After withdrawing from his debut Giro last year due to the health problem on the second stage of the race, Aleksandr Vlasov looks forward to get a fresh start with new ambitious goals.

“After I had to quit the Giro in 2020 really early after just two stages, I feel like I still have unfinished business in Italy, and I am looking forward to making a complete debut at this amazing race which I really love. It is my dream to ride the Giro d’Italia from the start to the finish and to show my best in every stage. I am feeling pretty well and optimistic at the start of the race and I am aiming to do my maximum in the General Classification. But, at the same time I understand that there are a lot of strong and experienced riders in the start list of the race and the fight will be a tough one. So, I am planning to move through the race day by day, with support from the team, and trying to avoid unnecessary risks on the flat stages and to do my best in the mountains. And then, we will see where I can find myself in Milan”, – says Aleksandr Vlasov.