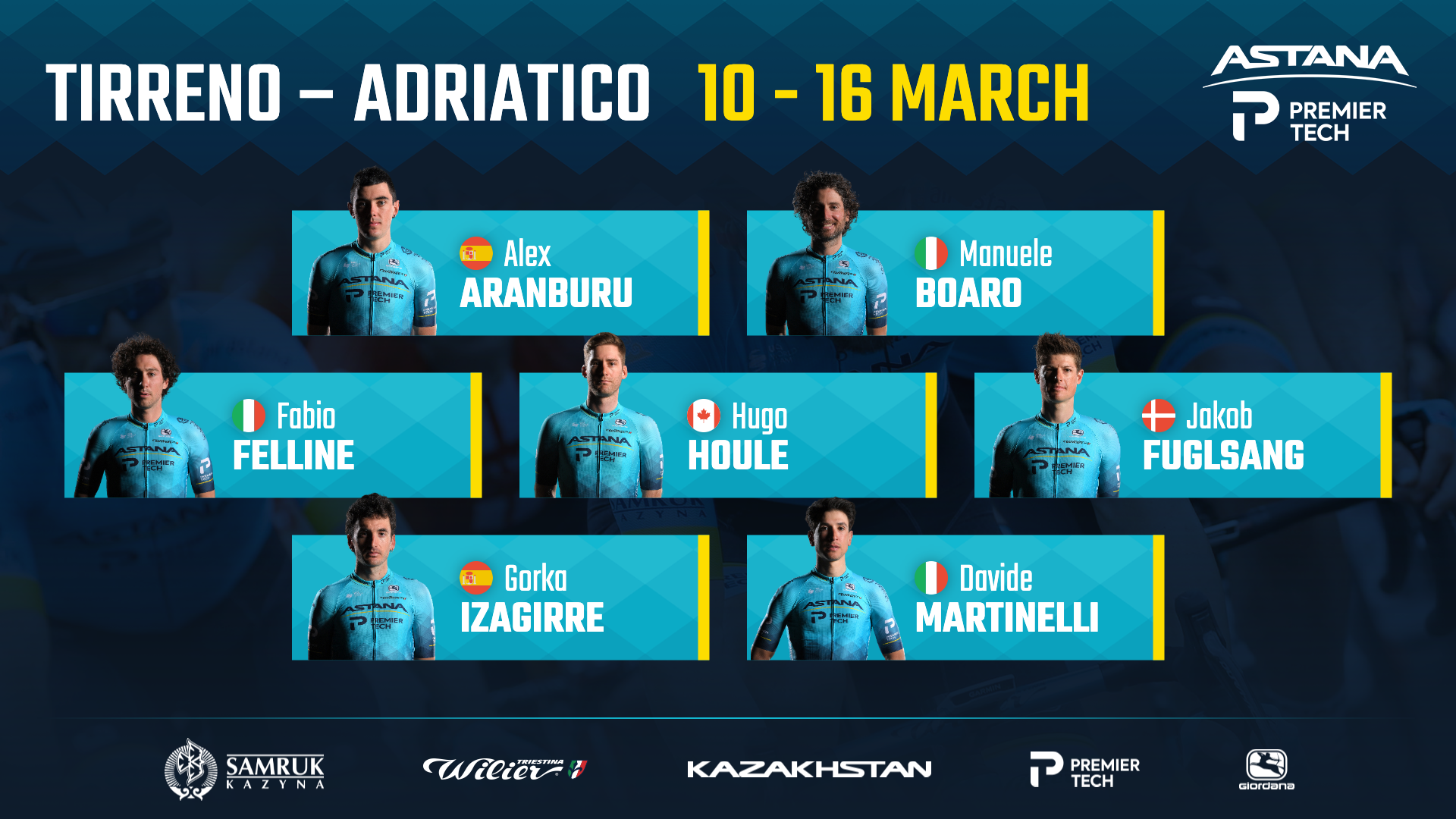 After the iconic one-day race Strade Bianche, Jakob Fuglsang´s attention turns to the race between the two seas, Tirreno-Adriatico, where he will be on the hunt for stage wins.

The Kazakh-Canadian team starts at the 56th edition of the UCI WorldTour race with a well-rounded team. Alongside leader Jakob Fuglsang, who finished 9th at Strade Bianche, Canadian Hugo Houle, the Spanish duo of Alex Aranburu and Gorka Izagirre, and the three Italians Manuele Boaro, Fabio Felline, and Davide Martinelli will line up for the seven stage-race.

The team’s main focus will be on the hilly stages where Fuglsang and his teammates will get the chance to go for stage wins.

“Strade Bianche wasn´t really the result I was hoping for, I wanted to finish inside the top five but I am also aiming for other races as I mentioned, the Ardennes Classics and the Olympic Games are my big season goals. Nevertheless, I am looking forward to racing at Tirreno – Adriatico as it is a great race and a good opportunity for me to go for at least one stage win, while continuing my progress towards April. I also think that we have good chances for some stages with my teammates there.” – says Jakob Fuglsang.

“Our goal at Tirreno – Adriatico is to win one or more stages. Jakob is on a good way towards his season goals, building up his form in the right way. Of course, we hoped for a result maybe inside the top five at Strade Bianche but that´s cycling and we are turning our attention now to Tirreno – Adriatico, where we will focus on stage wins. Our line up consists of young but experienced riders, and everyone will have the chance to try something. All in all, I think we will have some good opportunities there”. – says Bruno Cenghialta, Sports Director.