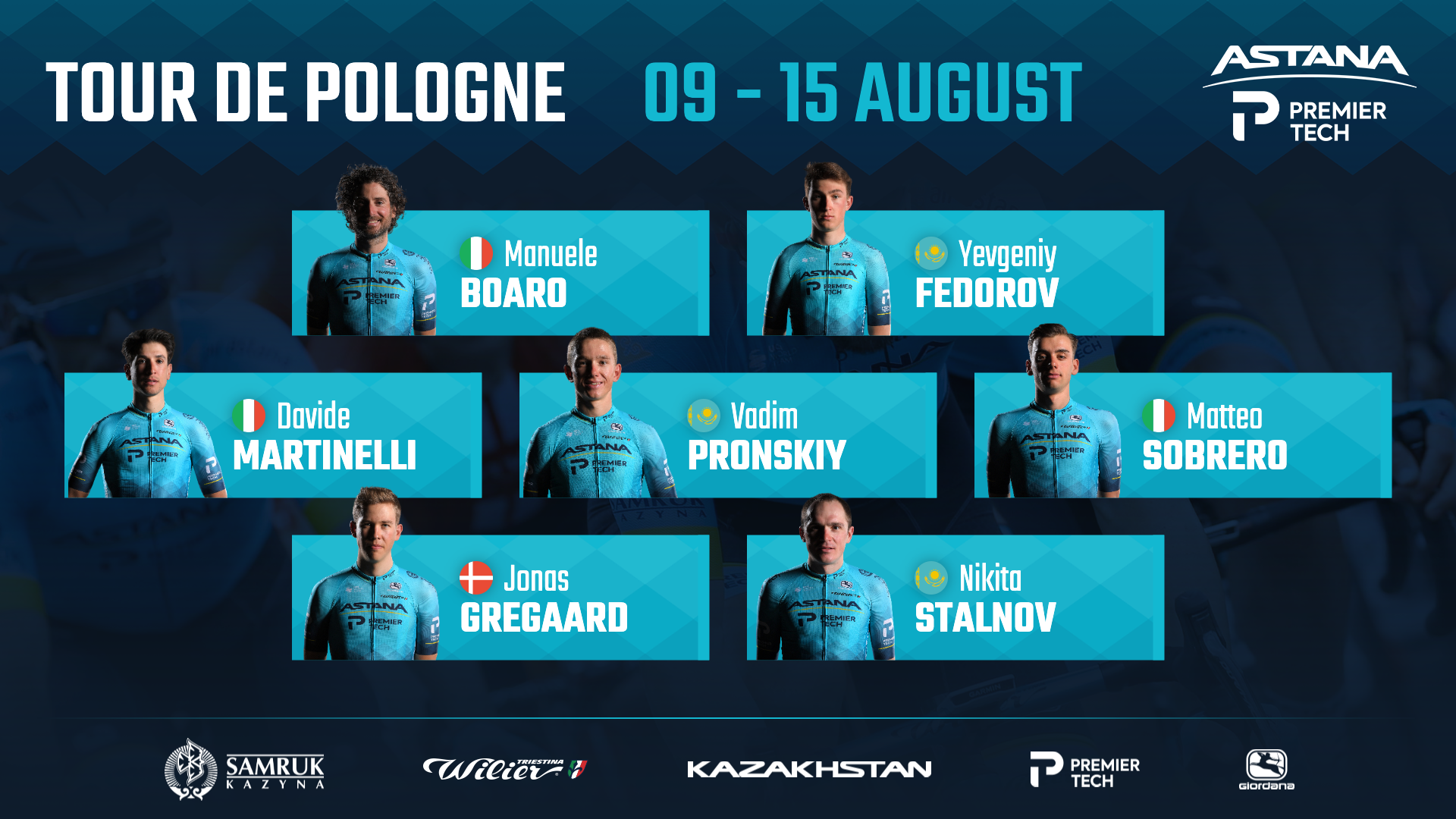 Astana – Premier Tech heads to Poland with a motivated team

Astana – Premier Tech continue the WorldTour stage race season in Poland with Italian ITT Champion Matteo Sobrero and Kazakh rider Vadim Pronskiy set to play a role in the General Classification, while always trying to be active in the daily breakaways.

The seven-stage Tour de Pologne will again feature an individual time trial, which should suit Sobrero, as well as two uphill finishes on its way from the north-east of Poland to the south-western part.

Beside the ITT Champion, the Kazakh – Canadian team will also take their Kazakh Champion, Yevgeniy Fedorov to Poland. Alongside these two National Champions, Manuele Boaro, Davide Martinelli, Nikita Stalnov and Jonas Gregaard will give their all to support the team´s leaders Vadim Pronskiy and Matteo Sobrero to finish inside the top ten on the overall ranking.

“We are coming to Poland with Matteo Sobrero and Vadim Pronskiy as our leaders to keep an eye on the overall ranking, while their teammates also will have chances to present themselves in the daily breakaways and to go for stage wins. Matteo returns to racing after a well-deserved break after the Giro and June races, so he’ll be trying to find his racing rhythm again and of course, put in a good performance in the ITT”.