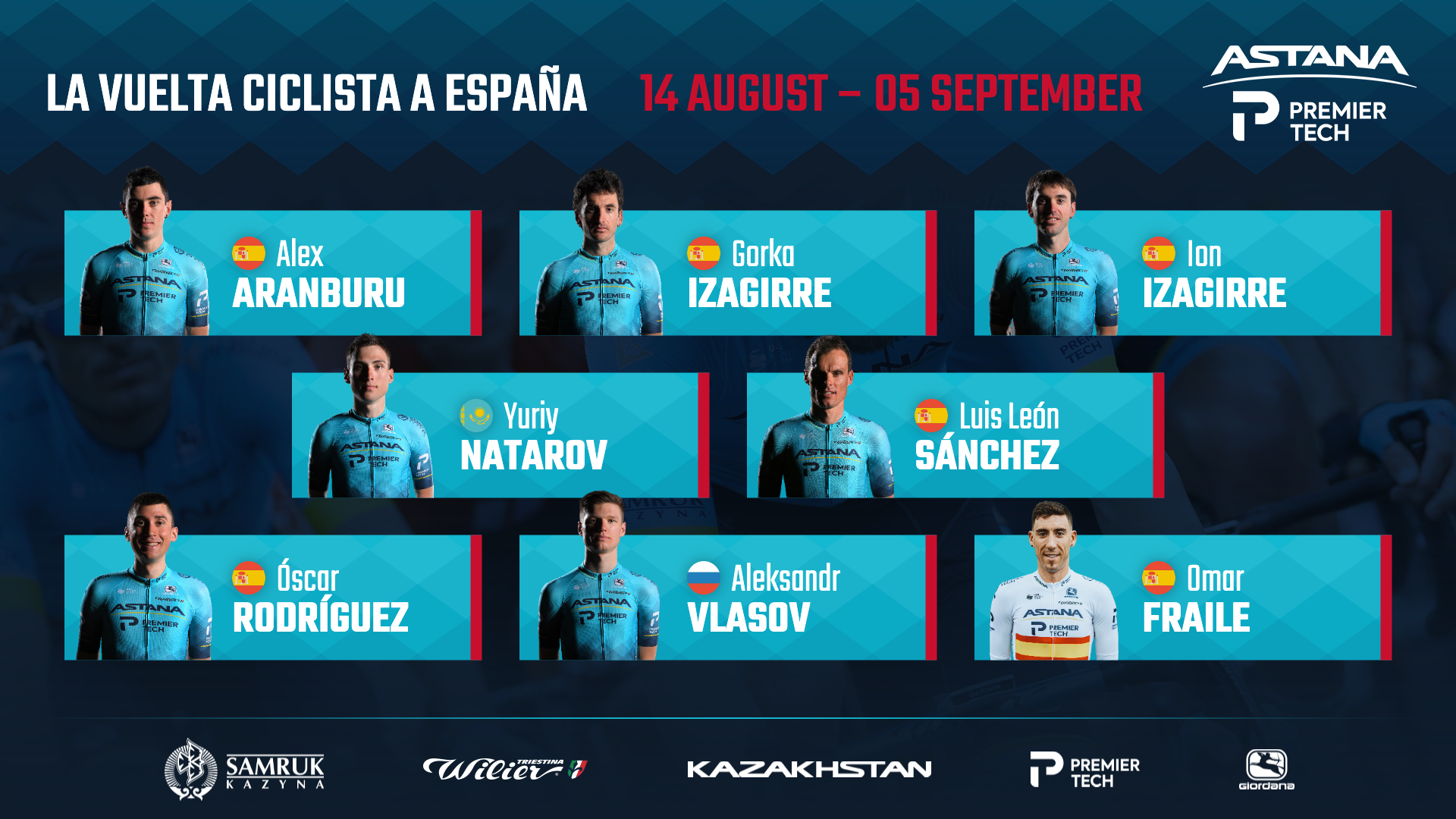 Astana – Premier Tech is heading to the last Grand Tour of the season with a strong roster, planning to fight for both the General Classification and stage wins.

This Saturday the last Grand Tour of the season, La Vuelta ciclista a España will start its three-week long way from the 800-year-old Cathedral of Burgos to the end of the most famous pilgrims’ way in Europe at the 950-year-old Cathedral of Santiago de Compostela. To honour the two historical places of Spain, the 2021 La Vuelta or the “Vuelta of two Cathedrals” won’t finish in Madrid as in previous years, instead crowing the winner in Galicia and the city of Santiago de Compostela.

Aleksandr Vlasov, who finished fourth at this year’s Giro d’Italia, will be named as the team leader and will aim for a high place in the overall standings. He will find good support from Ion and Gorka Izagirre, Luis Leon Sanchez, Omar Fraile, Oscar Rodriguez, Alex Aranburu, and the young Kazakh rider Yuriy Natarov who is looking forward to making his debut at the Grand Tour level. At the same time, the team will look for the stage wins at La Vuelta, showcasing the colours of Astana – Premier Tech team in the best possible way.

“We are coming to Spain with a strong roster, and I think that we will have a chance to show ourselves in a good way. Aleksandr Vlasov will be our leader and he is motivated to try to improve on his previous result here at La Vuelta. After the Olympic Games and a very short break he is coming back into good form. We saw him gradually progressing at the Vuelta a Burgos, so we are expecting to see him in the mix for the high places in the General Classification. Also, there are six Spanish riders in our team, and we know how much the home race means for them. So, Ion, Gorka, Luis Leon, Alex, Omar and Oscar will help Vlasov on the decisive stages but, at the same time, will try to find their own chance in the fight for a stage win. Our 24-year-old Yuriy Natarov is going to make his debut at the Vuelta and in general, at the Grand Tours. I think it is a good moment for him to make this step ahead and with the experience he will get here, he will be able to continue his progress as a professional rider”, – says Dmitriy Fofonov, Team Performance Manager.