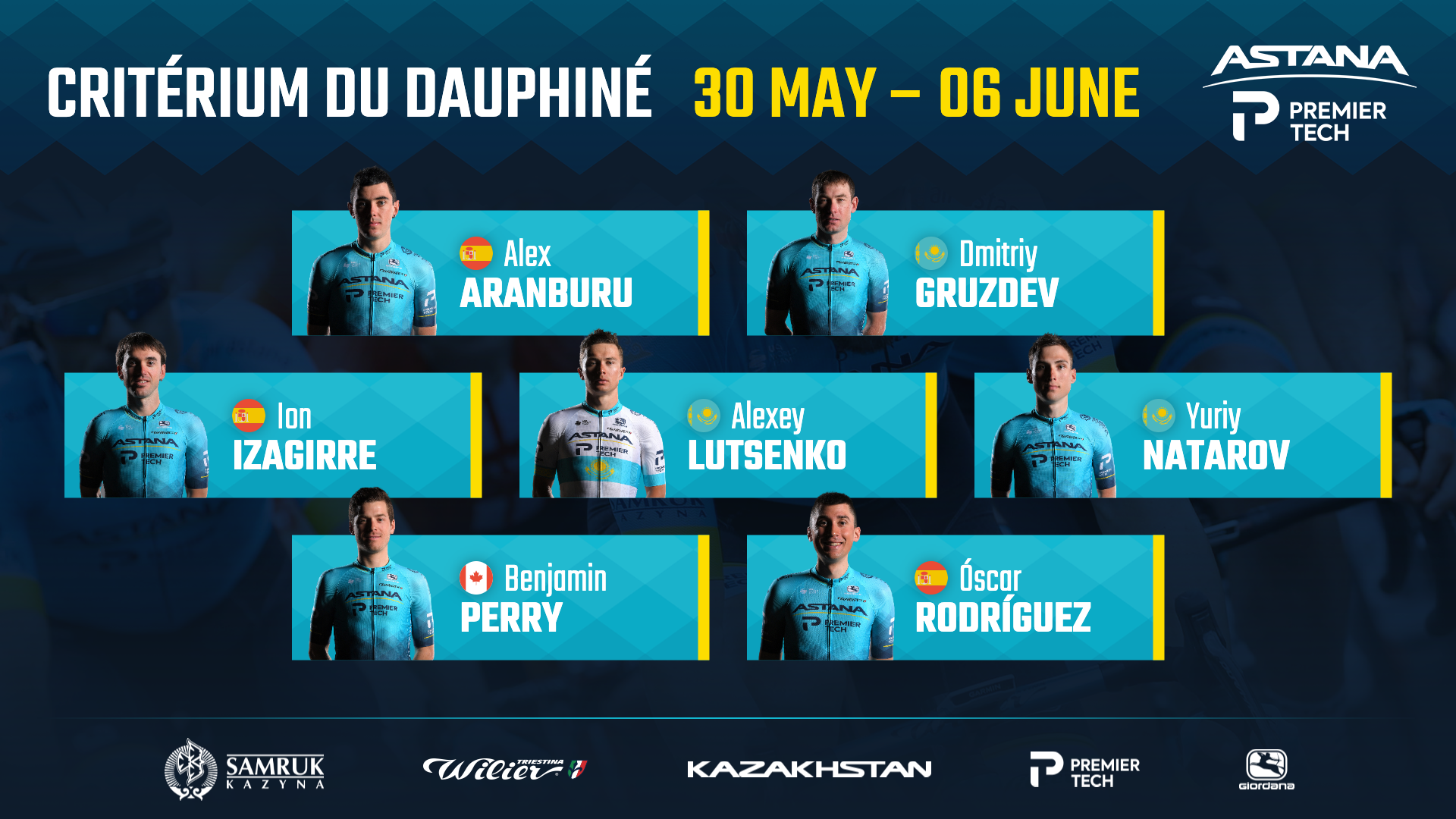 Astana – Premier Tech is set to line up at the Critérium du Dauphiné with an ambitious team targeting the General Classification and stage wins at the eight-day race.

Ion Izagirre will make his debut at the French stage race where he will lead the Kazakh – Canadian team in the General Classification battle. The Itzulia Basque Country stage winner is looking to build on his early season results, with top ten finishes at three WorldTour stage races to his name.

“It is the first time that I will race the Critérium du Dauphiné in my career but I don’t think that will be a big factor. The idea is to try to and be as high as possible in the General Classification but we know that it is one of the big pre-Tour de France races, with the majority of the Tour de France favourites, so it will not be easy. But we are also aiming for a stage win which would be a great result for the team. We have a good, strong team, with Alex Aranburu and Alexey Lutsenko lining up as well. I think after our training camp in Tenerife, we will arrive in good shape and see exactly how the condition is. It’s true that this if the race before the Tour where you can see exactly where you are, how you’re going physically, and we are really motivated for a good race”, – said Ion Izagirre.

“We are now approaching an important time in the season in the lead up to the Tour de France and as always, the Critérium du Dauphiné is a big objective for the team. Ion Izagirre will have the team’s full support for the General Classification and we are confident he can do well in what will be his final preparation for the Tour de France”, – said Dmitriy Fofonov.

“This year’s edition is a tough one and as always, the GC will come down to the mountain stages in the final weekend. Alongside Ion, we have a strong team that will also target stage wins and for this we have two good cards to play in Alex Aranburu and Alexey Lutsenko. After a good altitude block in Tenerife, the riders are in good shape and are looking forward to testing their form in France”.