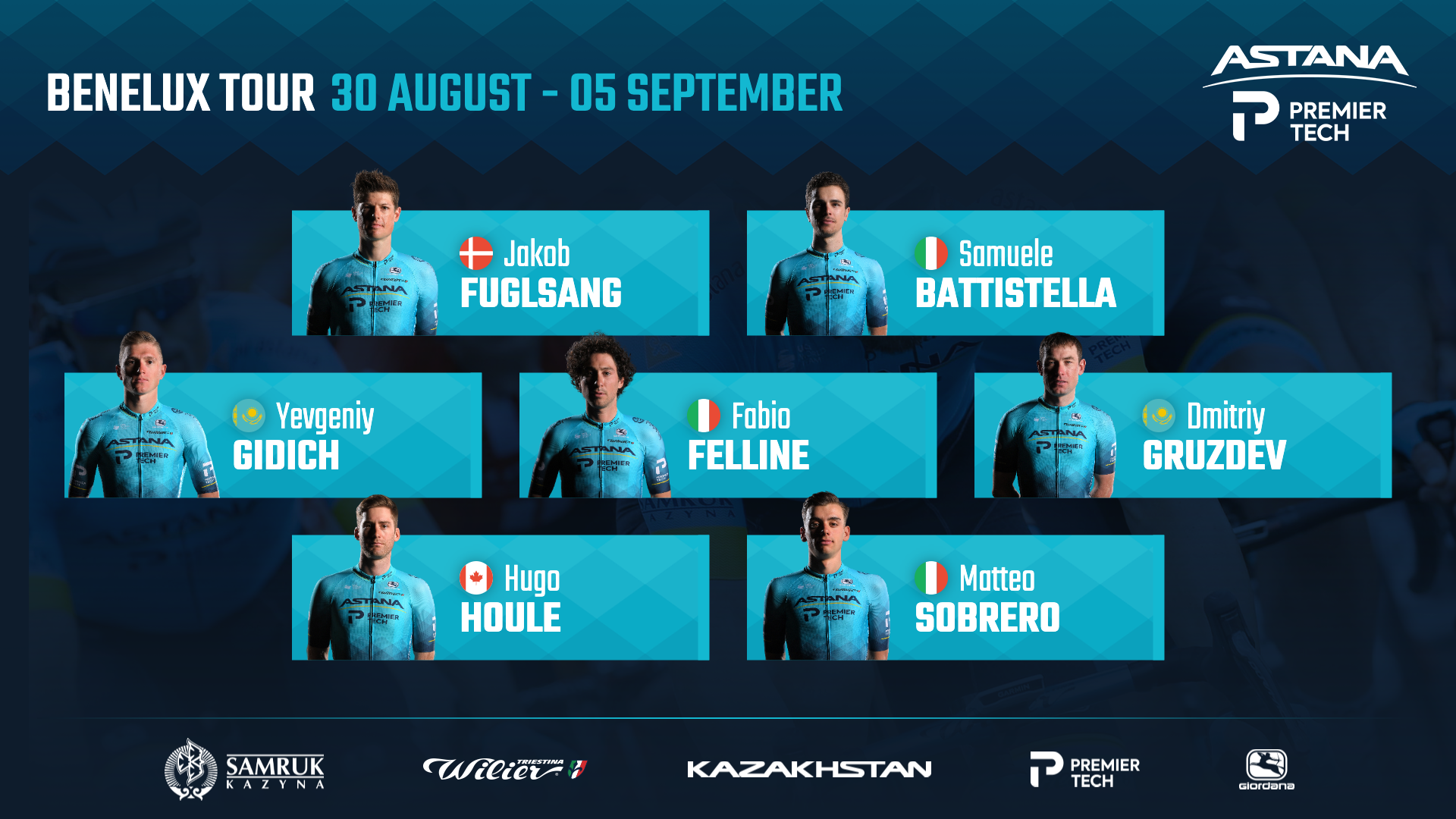 While the last Grand Tour of the season, the Vuelta a Espana will see its final showdown, the stage race campaign continues in Belgium with the seven-stage race, the Benelux Tour, where Astana – Premier Tech arrives with several cards to play.

After a less than ideal Tour de France racked by stomach issues, Jakob Fuglsang returns to the start line to get back into the race rhythm.

“The final part of the Tour de France wasn’t what I was aiming and hoping for. I felt better at the Olympics but of course I had different results in mind. But that’s in the past, I had some great days with my family, could charge the batteries and trained for the final part of the season. The Benelux Tour will be my first race after the Olympics, therefore I need to see day by day, getting back into the race rhythm first, but if there are chances and my condition is good, then of course I will try something”, – says Jakob Fuglsang.

The seven stages offer something for different rider profiles with Astana – Premier Tech bringing a squad built for almost every day.

Italian ITT Champion, Matteo Sobrero, who finished inside the top 15 in the Tour de Pologne time trial, will be the man for the second day in Belgium, where a 11-kilometre, short but intense, time trial stage will be on the menu.

Samuele Battistella, who will also race at the Bretagne Classic before heading to Belgium, will be a card to play during the seven days of racing, while Hugo Houle can take his chances in different breakaways, and Fabio Felline and Yevgeniy Gidich will try to sprint in the fast stages.

“We will try on the stages which suit our riders to perform well, for example the time trial with Matteo. Jakob returns to racing after the Tour de France and Olympics, which took their toll after stomach problems, so we need to see how he feels being back in race mode. Samuele showed his condition at the Arctic Race of Norway by finishing fourth in the overall. He will for sure be a rider we can count on. We have a well-structured team but we are lining up among strong teams, which are preparing for the European and World Championships, so it won’t be an easy week of racing”, – says Sports Director Giuseppe Martinelli.