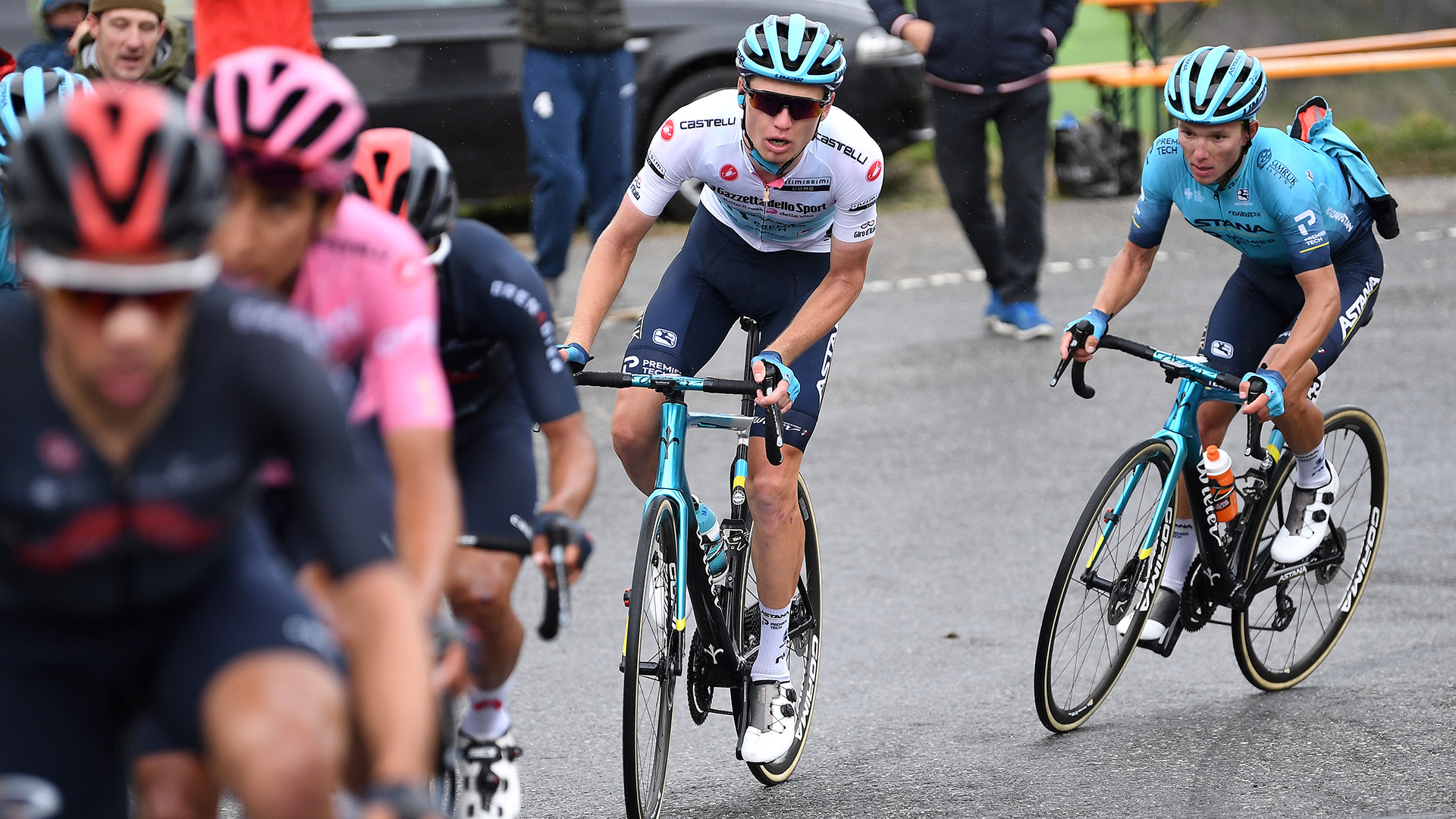 The last mountain stage of the 104th edition of the Giro d’Italia was held today with riders facing two big climbs over 2000 metres above sea level before hitting the final ascent to Alpe Motta.

The decisive move came from the Italian Damiano Caruso and his teammates, who attacked on the descent from the first climb of the day – Passo San Bernardino. Caruso established a 40-second gap over the pink jersey group and was never caught back, taking the stage win and securing his second place in the General Classification.

The leader of Astana – Premier Tech, Aleksandr Vlasov attacked on the second climb of the day, the Passo dello Spluga, but the rivals caught him back on the descent. On the final climb Vlasov, having great support from his teammates, stayed well-positioned in the group of the pink jersey, but with three kilometres to the top he was forced to continue with his own rhythm, finally taking seventh place at the finish line, one minute and 13 seconds behind the stage winner.

“I just gave my best today, pushing as hard as I could. In the final I just missed a bit to stay with Bernal. I was dropped from the pink jersey group but continued on my rhythm to the top trying to finish as high as possible. Well, it was a hard day and once again I had great support from my team. Now I hope to recover in the best possible way to show my maximum in the time trial tomorrow”, – said Aleksandr Vlasov.

“It was another very hard day in the mountains and our team did an excellent job for Aleksandr Vlasov, protecting him the whole day and bringing him in a good position on the last climb. Aleksandr did his best and we have nothing to regret. I am really proud of our team at this Giro d’Italia as we rode all together really well during these three weeks. Now we are looking forward to the time trial in Milan. It will be a very tough challenge, but we just try to do all we can tomorrow”, – added Giuseppe Martinelli, Sports Director of Astana – Premier Tech.

With only one stage to go in this Giro d’Italia Egan Bernal keeps the pink jersey on his shoulders having 1’59” on Damiano Caruso and 3’23” on Simon Yates. Aleksandr Vlasov is still fourth, 7 minutes and 7 seconds behind the race leader.