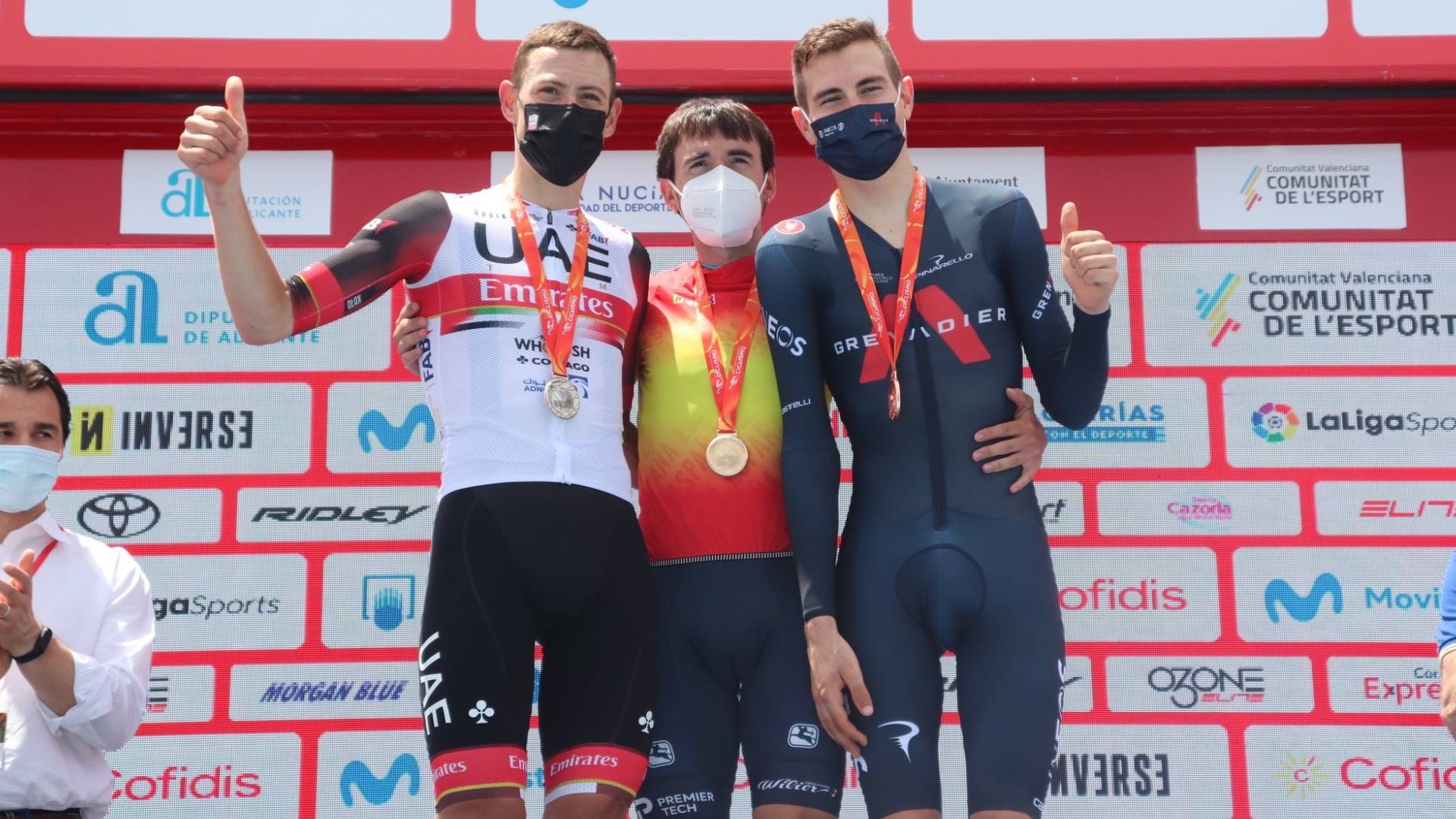 Ion Izagirre will wear the Spanish national champion skinsuit for the second time in his career after powering to an impressive victory in Alicante, going fastest against the clock to take the win by just 0.08 seconds.

Izagirre, who previously won in 2016, set a good tempo on the 32-kilometre rolling course to reach the intermediate checkpoint four seconds down on David de la Cruz, who was in the hot seat. Izagirre dug deep in the final kilometres to set a blistering pace and stop the clock in 40:19, eight hundredths of a second faster than de la Cruz.

“I’m really, really happy to be Spanish time trial champion again. The time trial went really well and I felt good throughout it, even though it was really hard. It was a complicated course with a lot of up and down so it was difficult to keep a constant pace. But I think I managed the effort well and we knew the victory would come down to just seconds. I had Ivan Velasco giving me David de la Cruz’s references and I had to go to the absolute limit at the finish line. The truth is that we are very happy,” said Izagirre.

Izagirre’s win comes on the back of his recent success at the Criterium du Dauphiné where he was second-fastest behind teammate Alexey Lutsenko in the time trial.