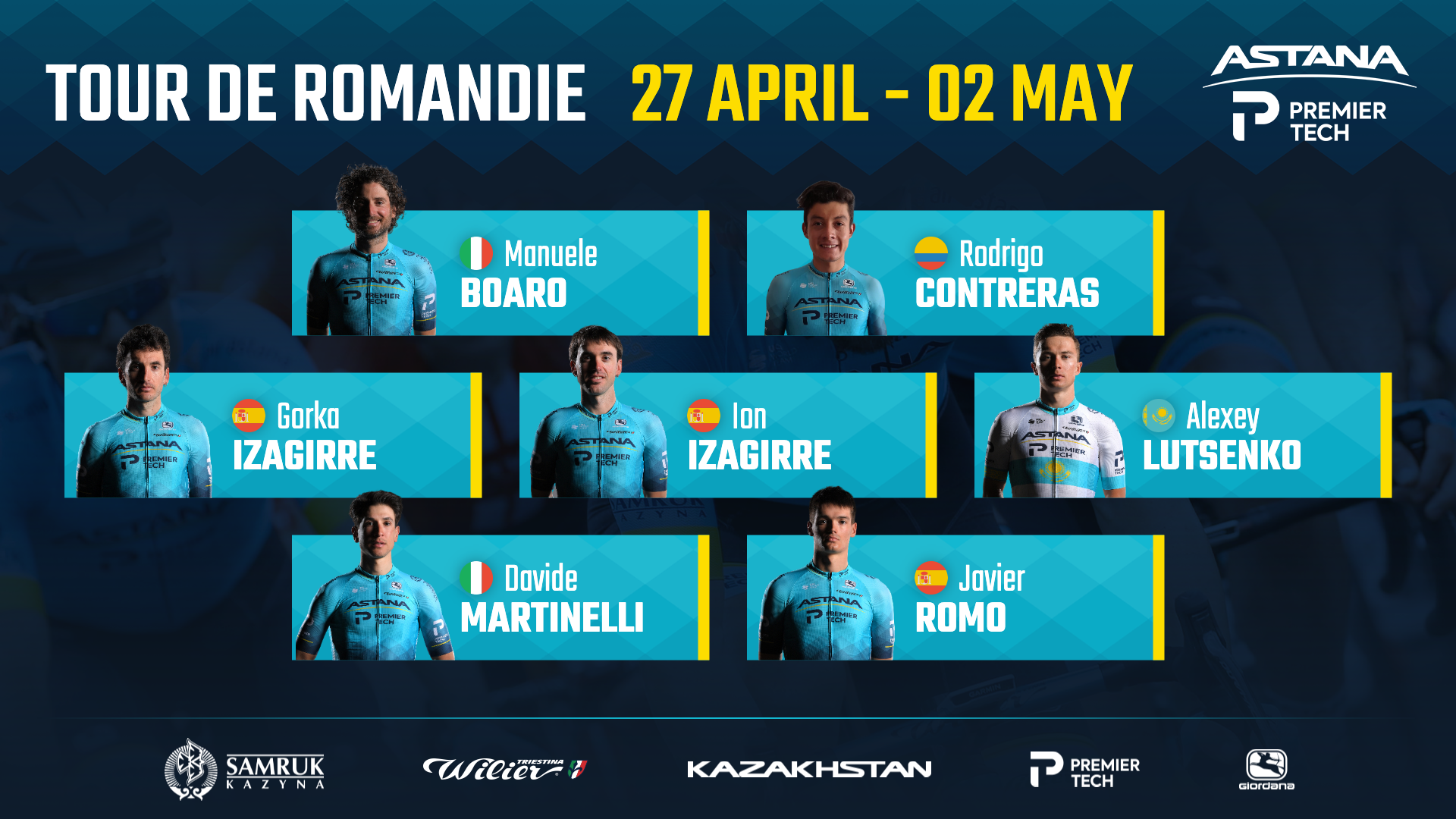 On the back of his stage win at Itzulia Basque Country, Ion Izagirre will lead Astana – Premier Tech at the next WorldTour stage race, the Tour de Romandie, targeting the General Classification.

The former stage winner is looking to repeat his success at the six-day stage race, building on his three previous top ten finishes in the General Classification.

“The Tour de Romandie is a race I really like. The six stages of racing, including two time trials, suit me really well. The objective is to do a good result in the General Classification. We have the prologue and the final time trial, and two of the four stages in between are really hard. I hope to do a good race and be on the podium, so we’ll see how the race goes day by day”, –says Ion Izagirre.

“First of all I am looking forward to racing on Sunday at Liège-Bastogne-Liège and hope for a good result for the team and also that I achieve a good result there. Afterwards, I am going to take part at Tour de Romandie, which will be the final half of the first half of the season before having a break and altitude camp ahead of the second half of my season. It is a nice stage race where I last raced in 2016. I return now with the aim of getting at least one stage win. In general, I feel pretty good and also the last few Ardennes Classics races have gone quite well,” – adds Alexey Lutsenko.

“We are lining up at Tour de Romandie with a strong leader Ion Izagirre and a motivated team to support him for the General Classification. Ion has had a great start to the season with third overall at Paris-Nice and then winning a stage at Itzulia Basque Country, so he is coming into Tour de Romandie with good form, after a short break at home. The line-up is always very strong at Tour de Romandie so we will play the cards we have for both the General Classification and stage wins, as we also have Alexey Lutsenko who can animate the stages. After his crash at Paris-Nice, Alexey has regained his form at the Ardennes and is in good shape for the race. We have a versatile rider roster for all terrain so I’m looking forward to seeing what we can do at the race”, – Team Performance Manager Dmitriy Fofonov explains.