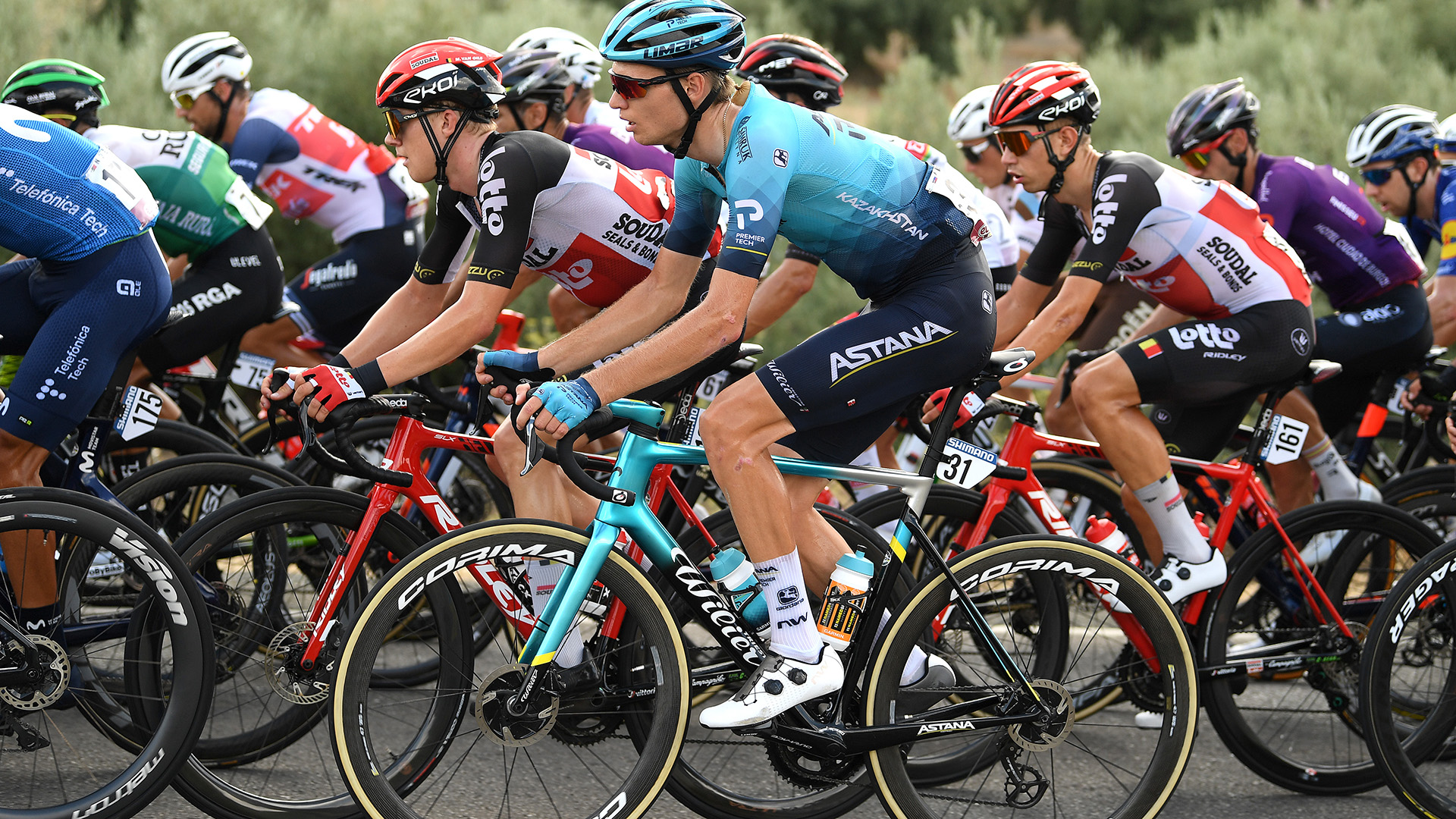 Aleksandr Vlasov takes a good eighth place in the powerful uphill sprint on a short but super steep climb on the streets of Valdepeñas de Jaén. The group of the red jersey caught the only survived rider from the breakaway Magnus Cort with some 300-400 meters to go, playing the stage victory in the sprint.

Vlasov, positioned well in front, was able to follow the move of Primoz Roglic, Enric Mas and Miguel Angel Lopez, at the end of the day, finishing eighth, seven seconds behind the stage winner Roglic.

“It was a very fast day with an impressive pace in the group all day long. I was really well protected by my teammates and felt comfortable in the peloton, while before the last climb I took a good position in front and just did my best to the finish line, trying to be as high as possible. It worked out pretty well and I did a good sprint in the final, so I can be happy with my place in the Top-10 today. We had two fast and hot days here at La Vuelta after the first rest day, but more tough stages are still to come. So, let’s see how the race will go on”,– said Aleksandr Vlasov.

“Our team did a good race, and we can be really satisfied with the way Aleksandr, but also other guys did the final climb. Indeed, today we missed Alex Aranburu, who also could be among the contenders at this stage, but also could help the team in the following stages. But there is nothing to do as Alex got some injuries in the yesterday crash and was forced to abandon. We wish him a speedy recovery and hope to see Alex in the next races of the season. However, it was a good stage for us, and Aleksandr showed today good legs on a very tough climb. We have protected our positions today and we are looking forward to the next stages here at La Vuelta”, – added Dmitriy Fofonov, Team Performance Manager.

After Stage 11 Aleksandr Vlasov moved up to 11th place in the General Classification led by the Norwegian Odd Christian Eiking.