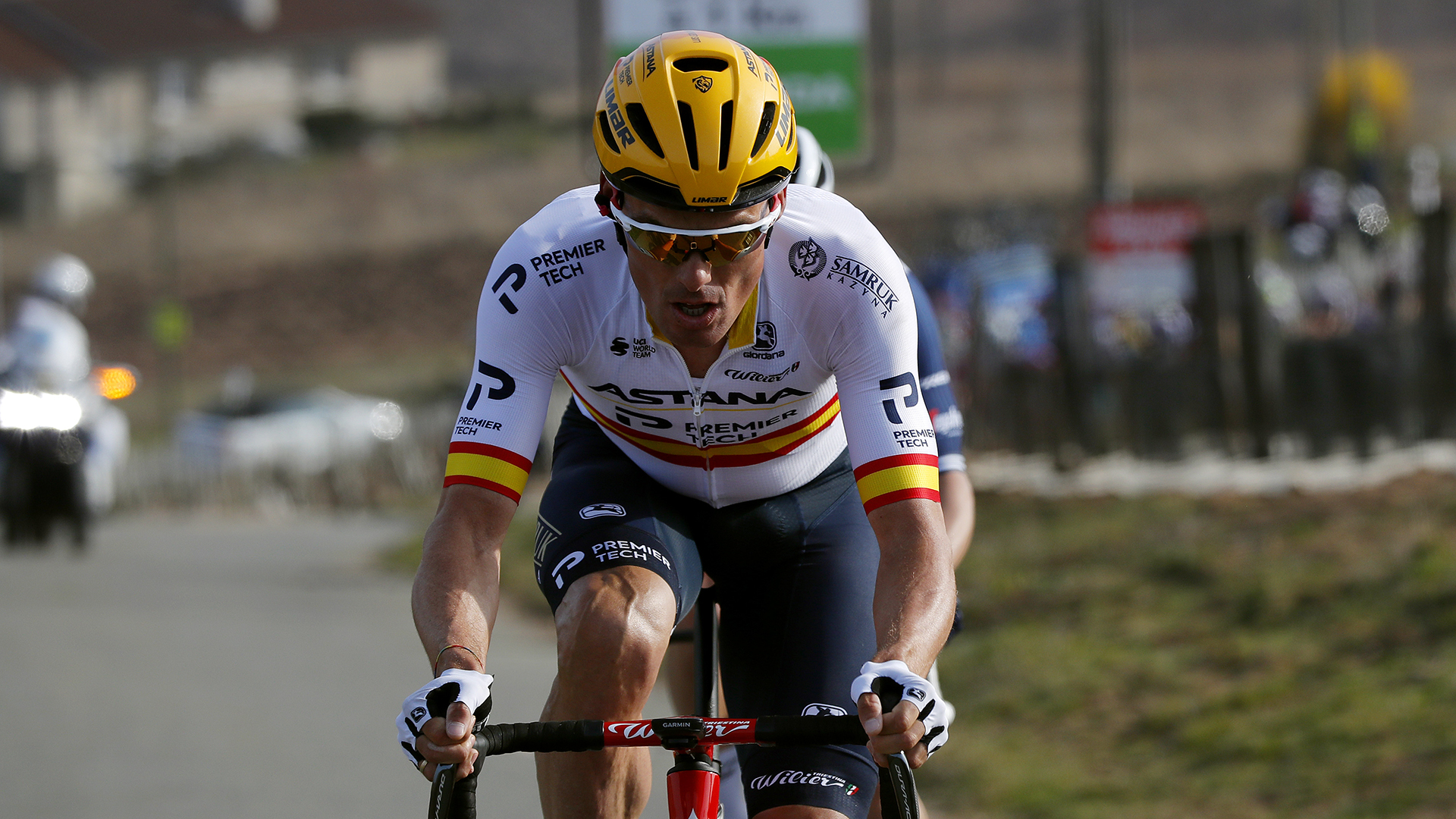 Luis Leon Sanchez made a powerful attack on the final climb of the day with 13 kilometres to the finish line on stage four of Paris – Nice. At one moment, he remained solo in front, fighting for the stage win, but with three kilometres to go he was caught by Primoz Roglic and other GC favourites. At the end of the day, two Astana – Premier Tech riders Aleksandr Vlasov and Ion Izagirre both finished inside the top 10 of the stage with Aleksandr taking fifth place, while Ion finished tenth.

“I am quite happy with my performance on the first day in the mountains at Paris – Nice. The final climb was not that hard, and it did not suit me that much as I prefer longer and steeper climbs. The team worked really well today, and I felt the support from my teammates all day long. On the last climb the guys brought me in a good position in front, but it was hard to follow the attack of Roglic. I tried to keep a high pace during the final part to lose as less seconds as possible rather than to counterattack from our group, as the last kilometers were not steep enough. At the end of the day I finished just twelve seconds behind Roglic and I feel like it was a good test for me. More tough stages are still to come so let’s see what I can do in the next days”, – said Aleksandr Vlasov.

Six riders broke away right from the start of the stage in Chalon-sur-Saône, opening a four-minute gap to the peloton. After 160 kilometres and six categorized climbs, the break maintained their advantage, holding a one-minute gap at the bottom of the final climb of the day. It was Luis Leon Sanchez who attacked from the peloton together with Remi Cavagna 13 kilometres to the top. Later, Sanchez caught the only rider remaining in front from the daily breakaway, attacking solo with five kilometres to go.

“It was a good opportunity for me to fight for a stage win. The first part of the climb was hard, and I gave my all to stay in front as long as possible. There was still a chance for me if I could hold the peloton off until the last three kilometres, where the climb became gentler, but Roglic and the others caught me back before. I felt like I could go until the finish, however it was a nice attempt for me, and I feel like the form is coming up, so I will keep on trying in the next days”, – said Luis Leon Sanchez.

Primoz Roglic attacked solo inside the final kilometres of the stage, while Aleksandr Vlasov and Ion Izagirre both showed their form in the first chasing group trying to bring the lone leader back. Roglic held on to take the win while Vlasov finished fifth and Izagirre rounded out the top ten. As result of the stage Roglic inherited the lead in the General Classification, while Aleksandr Vlasov moved up to fourth (+0.41), Ion Izagirre to fifth (+043), and Luis Leon Sanchez is currently ninth (+1.11).

With three riders in the top ten, Astana – Premier Tech now leads the team classification of the race.

“We had a few options for this stage, while our main goal was to do a good test in the mountains and to check our possibilities for the General Classification. The team did a really nice stage and Ion and Aleksandr missed just a little to follow Primoz Roglic. Also, Luis Leon was really close to a stage win, and he had a good chance to succeed. Now, the situation in the overall standings looks clearer so we are going to keep on fighting in the next days. More difficult stages are coming, and we have a strong team to try something good”, – added Dmitriy Fofonov.

Unfortunately, due to acute gastritis Samuele Battistella did not start this stage being forced to abandon the race.