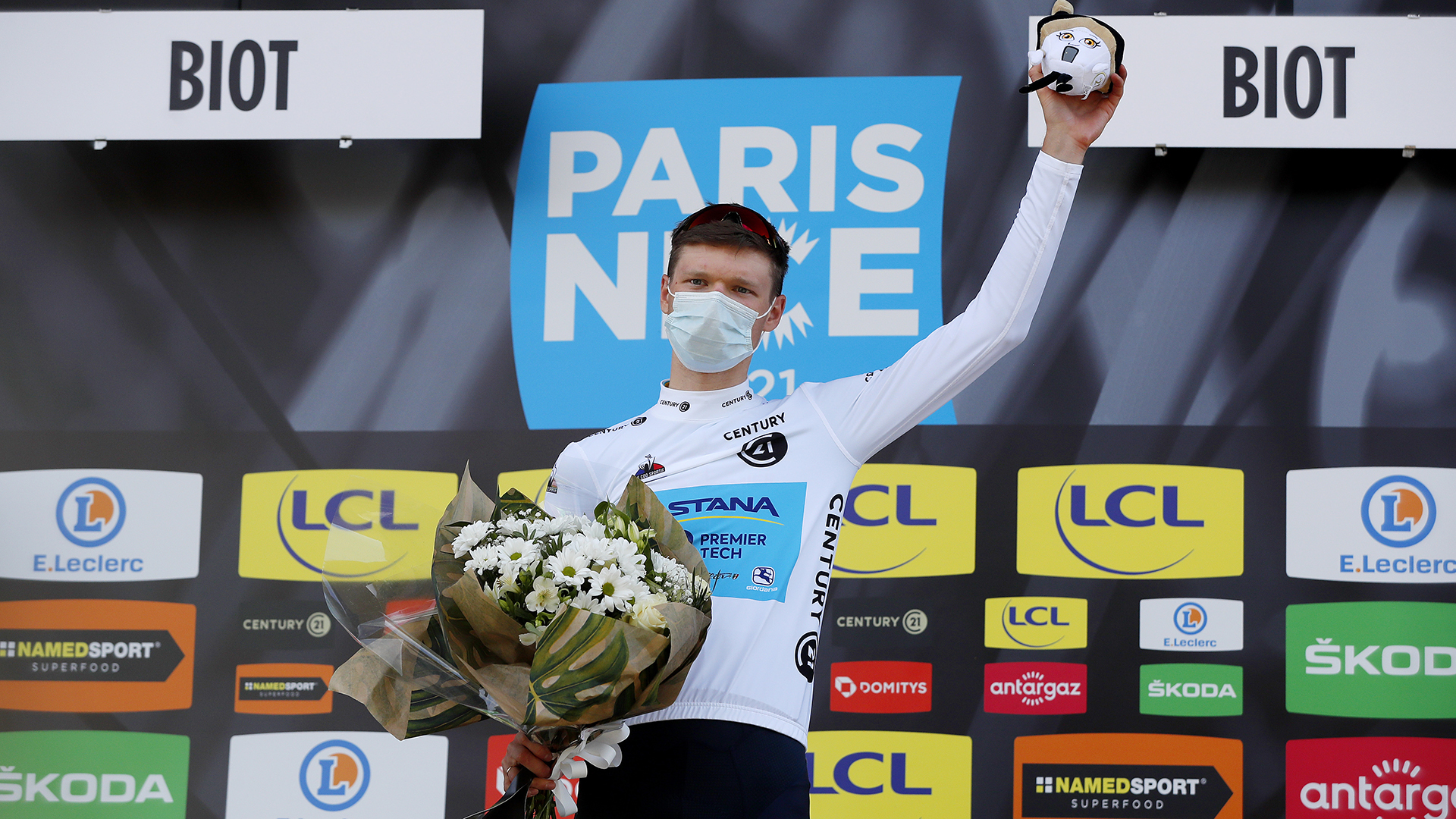 Strong teamwork saw Aleksandr Vlasov finish safely in the reduced bunch to remain in the General Classification battle and inherit the Young Rider jersey, after bouncing back from a late mechanical on stage six of Paris – Nice.

A battle for the breakaway played out in the first hour of racing until six riders, including Kazakh champion Alexey Lutsenko, were allowed to go clear. With the General Classification favourites keen to contest the stage, the peloton held the breakaway on a tight leash with the gap reaching a maximum of four minutes.

The breakaway reduced in size over the punchy terrain, leaving Lutsenko and three breakaway companions in the lead with 50 kilometres to go. Bad luck struck Lutsenko in the form of a puncture with 30 kilometres to go and after changing bikes, the Kazakh rider dug deep to try and bridge back to the race lead. Despite a determined and impressive effort, Lutsenko wasn’t able to make the junction and was eventually caught by the peloton approaching the final 20 kilometres.

“I felt very good today and I knew this stage could be a good opportunity for the break. It was not easy to go in a break, but once our group went away, we started working really well all together. The problem was the peloton never gave us too much space, we did our best to hold the main group off, but it did not work out properly. Well, perhaps without a mechanical problem I could stay up there in front for a longer time and who knows, maybe I could go until the finish. However, I am happy with my form and as we still have two stages ahead, I will keep on trying”, – said Alexey Lutsenko.

The Astana – Premier Tech train hit the front of the bunch to protect Vlasov, Ion Izagirre, and Luis Leon Sanchez in the chaos of the finale which proved key when Vlasov required a bike change with just seven kilometres to go. A quick reaction from Matteo Sobrero saw the Italian rider leap into action and give Vlasov his bike, allowing the Russian to fight his way back to the bunch with enough time to move up approaching the flamme rouge.

“Well, I lived some nervous moments in the final, when I had a mechanical problem and almost crashed. Fortunately, I was able to avoid it. Matteo was next to me and he reacted quite fast, so he gave me his bike and I immediately came back to the race trying to bridge back to the peloton as soon as possible. Finally, I succeeded, catching the main group with a few kilometres to the finish. I want to thank my team for great support during the whole day! In general, I felt quite good today, and I spent a good day in the saddle. The truth is the stage was really fast and nervous and at the end of the day, I found myself in the white jersey and I am really happy about that. Now, I hope to hold it to the end”, – said Aleksandr Vlasov.

Izagirre finished just outside of the top ten behind race leader and stage winner Primoz Roglic while Sanchez and Vlasov finished on the same time to protect their General Classification standings. Izagirre and Vlasov now sit in third and fourth respectively whilst Sanchez moved up to eighth place with two stages to go.

The white Young Rider jersey started the day on the shoulders of Brendan McNulty but with the American unfortunately crashing out of the race, Vlasov has moved into the classification lead. Meanwhile, with three riders in the top ten, the Kazakh-Canadian team remains in the lead of the Team Classification ahead of the final weekend of racing.