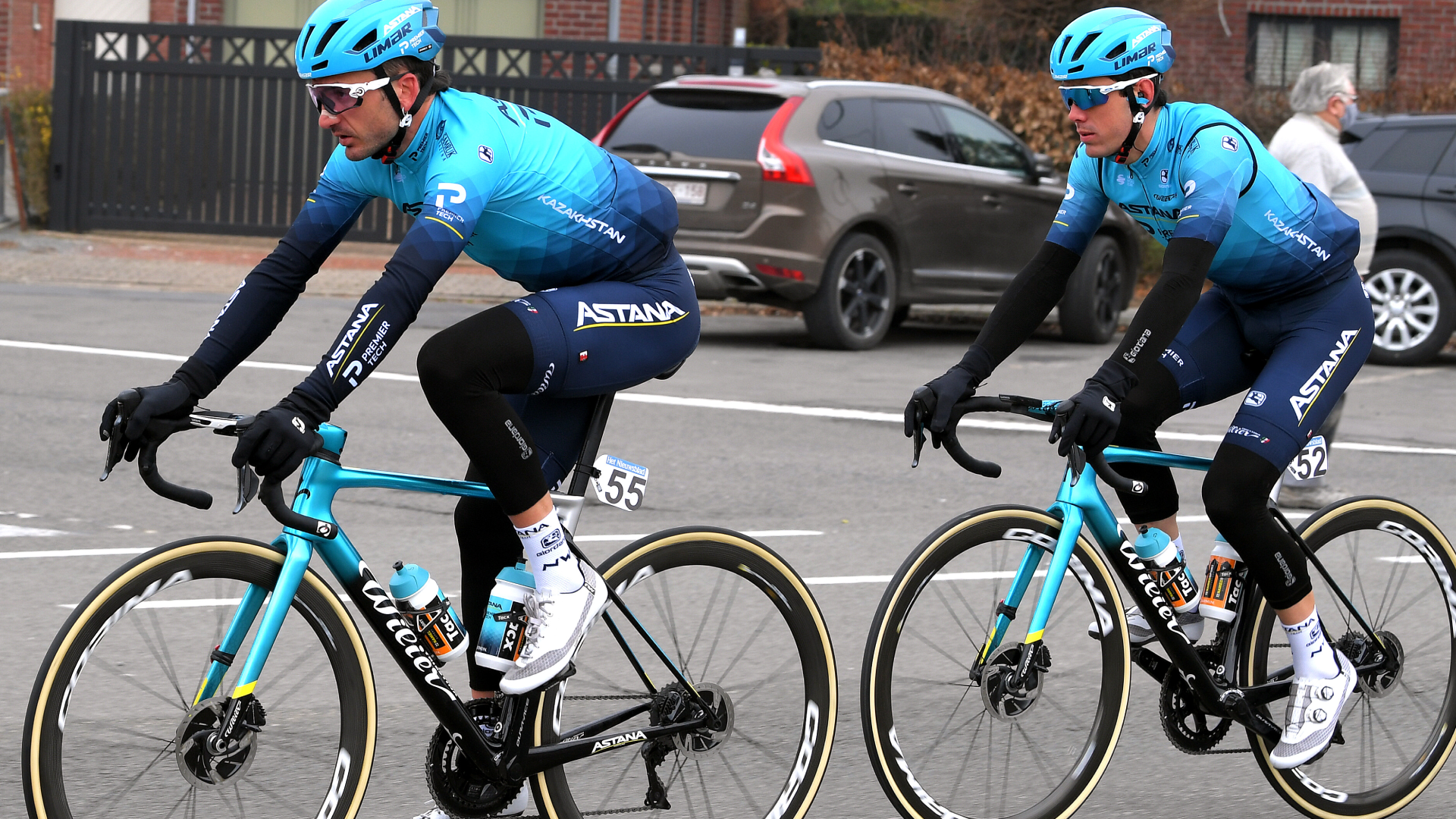 Alex Aranburu showed impressive form to sprint to sixth place at Omloop Het Nieuwsblad in what was a career-best result in the Belgian Classics, while Yevgeniy Fedorov spent the day in the breakaway in his debut on the cobbles.

“It was a very nervous race. The Classics are like that, everyone is nervous and positioning is really important. I think we did a good race and we tried the sprint at the end. Every kilometre, we tried to be ahead through the cobbles sectors and the climbs. At the end of the race, Gorka and I were there and he helped me a lot by positioning me and leading the peloton. In the sprint, I was a little boxed in but I gave it everything, I didn’t have anything left. Two weeks ago I started in Provence with a third place on the second stage and today I was sixth. I am happy with these performances knowing that they are the first races of the year. I will continue in this way and I will try to improve in each race, starting with Kuurne – Brussels – Kuurne tomorrow,” said Alex Aranburu

In his debut at Omloop Het Nieuwsblad, Kazakh neo pro Fedorov made his way into the early breakaway of the day, joined by four riders after 15 kilometres of racing. With the peloton sitting up behind, the group extended their advantage out to almost nine minutes approaching the first cobbled sector of the day, the Haaghoek.

The peloton picked up the pace after the halfway mark and reduced the breakaway’s advantage to inside one minute with 50 kilometres remaining, by which stage it was a battle for position at the front of the bunch ahead of the decisive cobbles sectors.

Attacks on the Mollenberg saw a group of favourites go clear and catch Fedorov’s group with 40 kilometers to go. Despite several attacks and splits in the group behind, the race came back together at the foot of the Muur van Geraardsbergen.

From there, Aranburu stuck to Izagirre’s wheel at the front of the peloton and held his position in the chaos of the final kilometre to secure sixth place in the bunch sprint. 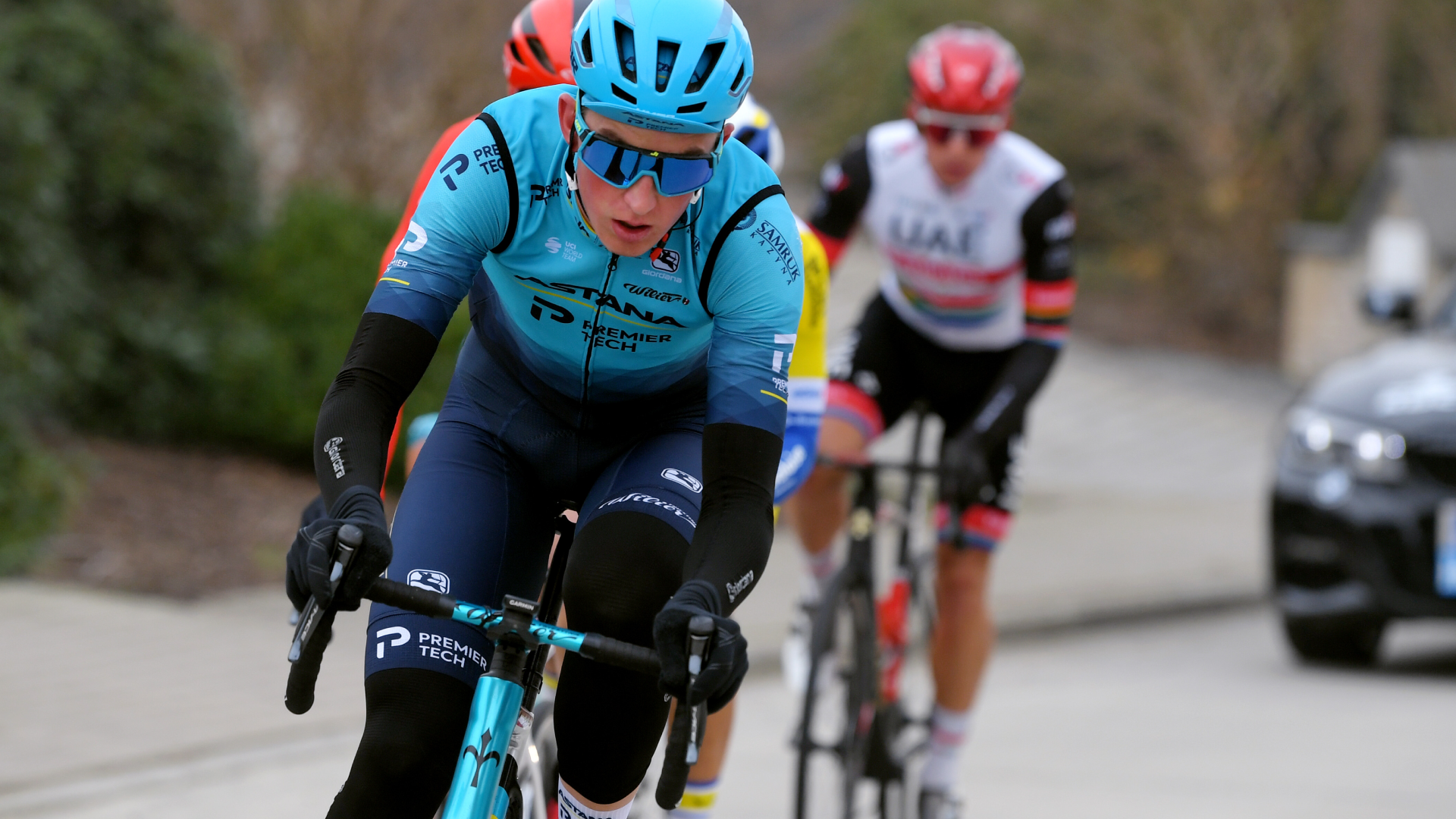 “It was my first experience of the cobblestone Classics as I never did it before. It was a tough lesson for me, but I am happy that I did this race and I really liked the race. I had a plan to go in a breakaway and immediately from the start I stayed in front, trying and trying. I think at kilometre 8-10 after three attempts we finally went away with four other riders. We worked really well all together, but when the peloton caught us back I was done. However, it was a good day for me.” Yevgeniy Fedorov

“I am really happy with our performance today. Sixth place is a great result for Alex Aranburu. We thought he would be strong today and we were lucky with the race coming back together in the finale so that we could go for the sprint. It was his first time racing but Gorka Izagirre was really strong and was the perfect teammate for Alex. We also saw how strong Yevgeniy Fedorov was in the breakaway today and we are really happy with his performance. Especially, as we asked him to go into the breakaway and he did, which is not easy. Alex obviously spent a lot of energy today but we will see how we go tomorrow and we also have Artyom Zakhorov coming in with fresh legs,” said Sports Director Stefano Zanini.