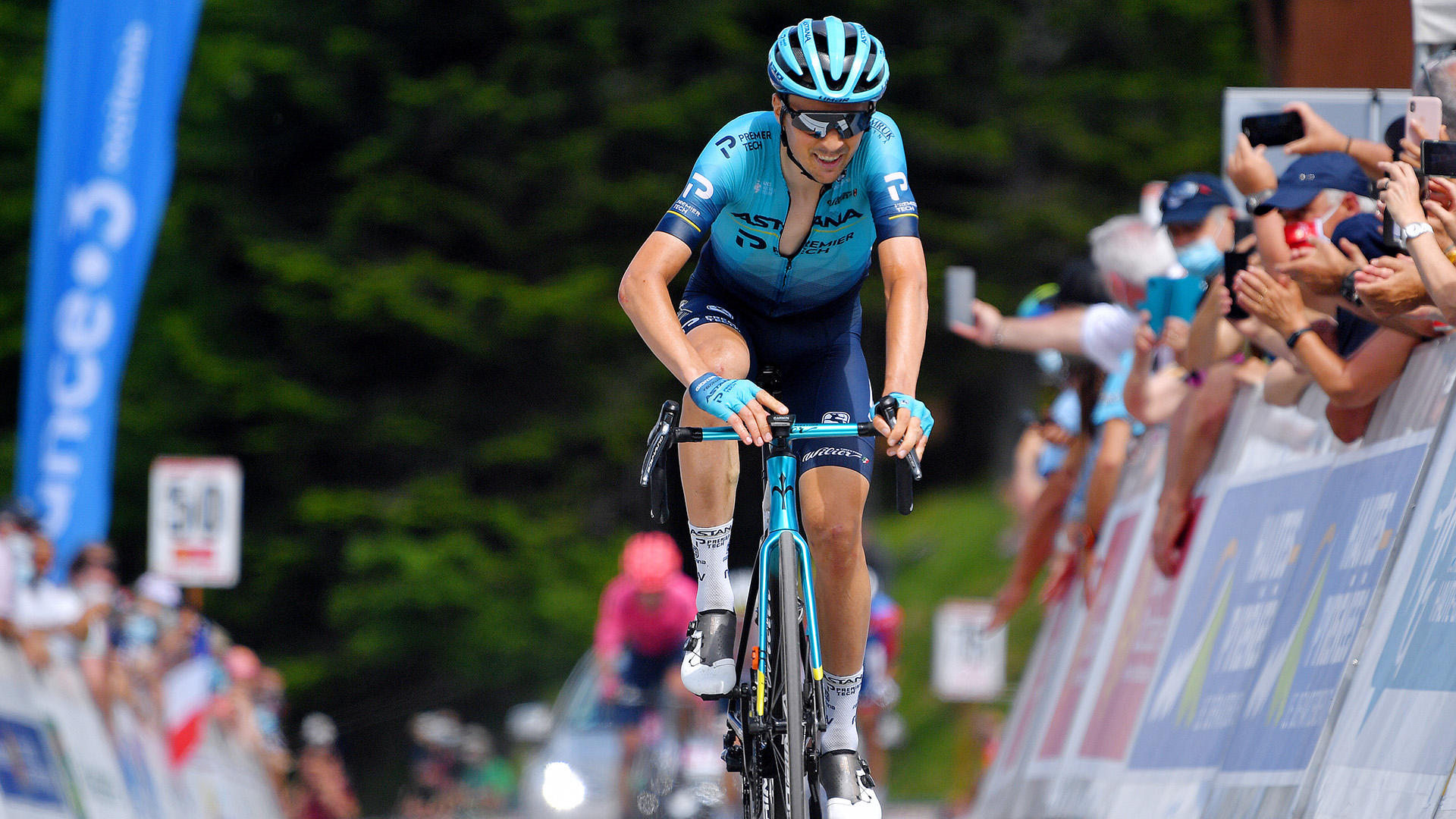 After a solid performance on the one-day race Mont Ventoux Dénivelé Challenge, Oscar Rodriguez continues to deliver impressive results for Astana – Premier Tech. Today he took a strong third place on the queen stage of La Route d’Occitanie with the finish atop Le Mourtis climb (12.7 km, 6.3%).

Rodriguez counterattacked from a small chasing group trying to bridge to the solo leader Antonio Pedrero. It did not work as Pedrero was able to stay clear in front, taking the stage win and the race lead. However, Rodriguez did his best and finished third just behind Jesus Herrada, who claimed second.

“It was a hard day with some difficult climbs including Tourmalet and the final summit. My teammates worked really well protecting me and helping to bring the breakaway back. On the final climb I did my best, it was impossible to catch Pedrero, but I was still there in front fighting for a high result and finally I was able to take a third place which makes me happy”, – said Oscar Rodriguez.

Thanks to today’s result, Oscar Rodriguez moved up to the third position in the General Classification of the race, 49 seconds behind Pedrero.

“The team worked very well today and the guys did a great job from the start and until the finish. Yevgeniy Fedorov spent a strong day in front of the peloton, helping the team to control the breakaway on Col du Tourmalet. Also, Yuriy Natarov and Merhawi Kudus stayed close to our leader Oscar Rodriguez until the very last kilometres. Well, we were hoping to fight for a stage win today, but there was a stronger rider in front, and we did not manage to catch him. However, Oscar was really strong today, he did a smart race and at the end he finished this day with a nice podium. We can be really happy with this result”, – added Dmitriy Fofonov, Team Performance Manager.